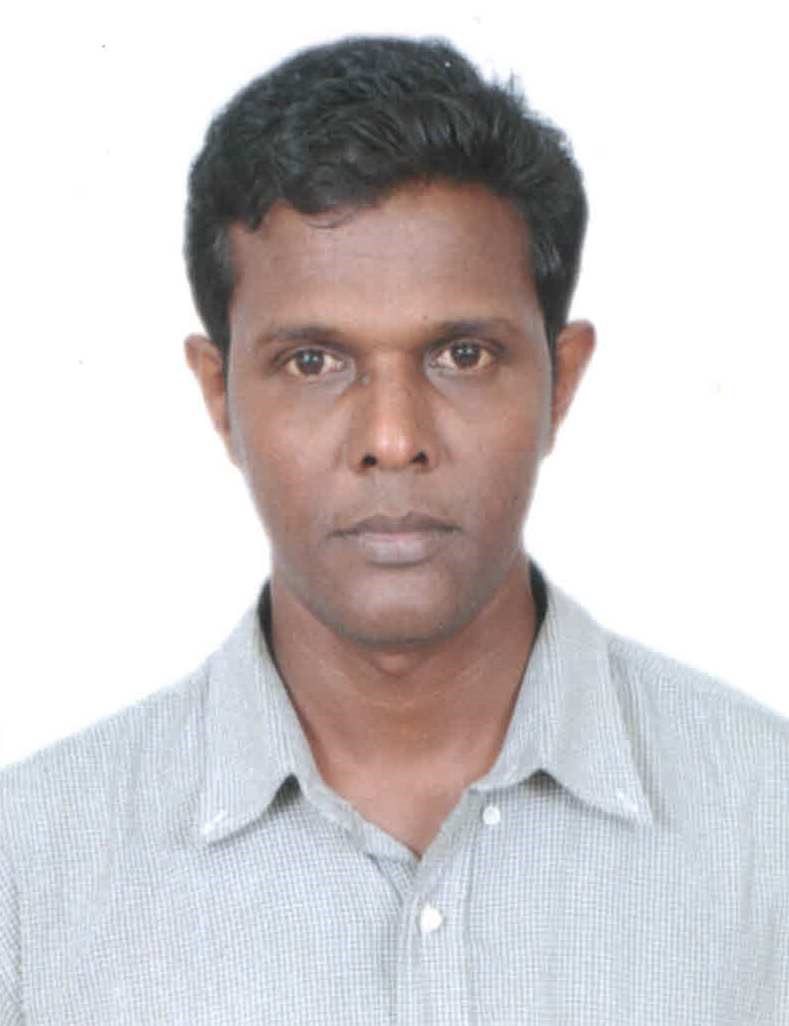 Dr. Santhosh Sadanandan is an art historian and cultural theorist based in New Delhi. He is trained in Art History and Criticism with BFA and MFA degrees from the Faculty of Fine Arts, Maharaja Sayajirao University of Baroda. He received his PhD in Visual Art from the School of Culture and Creative Expressions (SCCE), Ambedkar University Delhi. His doctoral thesis was titled ‘Spectres of Caste: Institutionalisation of Art in Modern India.’ It examined various aspects of the institutionalisation of culture and the role that categories such as caste played in the structuration of artistic production in modern India.

One of the founding members of SCCE, he has been a part of the team that developed a vision document for the School. He has been a visiting faculty member for the Post Graduate Diploma in Modern and Contemporary Indian Art and Curatorial Studies conducted by the Dr. Bhau Daji Lad Museum, Mumbai since 2015. He was one of the Project Directors of a series of workshops on curation titled, Curating Indian Visual Culture: Theory and Practice. These travelling workshops were held between 2010 and 2013 at Vadodara, Kochi, Hyderabad, Jammu, and New Delhi. He is one of the co-editors of a three-volume publication on art writing in the subcontinent initiated by Asia Art Archive titled ‘Dossier One: Fictional Configurations’ (2017), ‘Dossier Two: Future Perfect’ (forthcoming 2019), and ‘Dossier Three: Destination Horizon’ (forthcoming 2019).

He has also contributed essays to journals, catalogues, and other important academic publications such as EPW, Social Scientist, and India Seminar. He has presented papers in national and international seminars, some of the most recent of which include Pedagogical Influx and the Art of Education (Students’ Biennale, Kochi-Muziris Biennale, 2019), It Begins with a Story: Focal Point Edition (Sharjah Art Foundation and Asia Art Archive, 2018), What Time Is It: Technologies of Life in the Contemporary (Sarai-CSDS, Goethe-Institut Delhi, 2017) and Latento: Considering the Potential of the Contemporary Moment (School of Intermedia Art, China Academy of Art, Hangzhou, 2017).

Dr. Sadanandan has taught Art History for two years from 2005-2007 at the Department of Art History and Aesthetics, Faculty of Fine Arts, M.S. University of Baroda. Following this, he taught Art History for two years from 2009-2011 as guest faculty at the School of Art and Aesthetics, Jawaharlal Nehru University, New Delhi. He also worked as an Academic Fellow for SCCE, AUD from 2011-2012, before joining as an Assistant Professor in the same School.

His areas of interest are Critical Theory and Philosophy.

(forthcoming, July 2019) “Dalitization of Politics and Some Ruminations on the Commons” in Manas Ray ed., State of Democracy in India: Essays on Life and Politics in Contemporary Times, New Delhi: Primus.

(2012) “Specters of Radicals or Where Have All the Radical’s Gone” in Deeptha Achar and Shivaji K. Panikkar eds., Articulating Resistance: Art and Activism in India, Tulika Publications, New Delhi.

(2008) "Adhunikatvathinteyum Desiyathayudayum Ashanti-Niketanangal" (The Un-Peaceful Institution of Modernity and Nationalism) in Akhyanathile Apara Sthalikal (The Other Spaces of Narration), edited by Arun A., Subject and Language Press, Kottayam. (Malayalam)

(2004) “Towards an ‘Anti-History’ of Indian Art: Nationalism and Modernity” Nandan: an Annual of Kala Bhavana, edited by Sanjoy Mallik, Visva Bharati, Santiniketan.